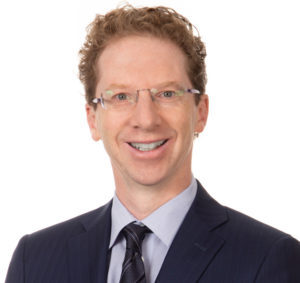 The lateral epicondyle at the outside of your elbow has the tendon attachment for the extensor muscles of your forearm. Similarly, the medial epicondyle at the inner aspect of your elbow has the tendon attachment for the flexor muscles of your forearm. Unfortunately, these areas of the tendon can become degenerative or torn. The name epicondylitis is incorrect as the “-itis” component of the name means “inflammation” and the process is due to tearing or degeneration of the tendon and not usually inflammatory. At times the underlying ligaments can also be stretched or torn, which again will cause symptoms. When the symptoms are at the lateral side (outside) of the elbow this is called Tennis Elbow or “Lateral Epicondylitis” and when the symptoms are at the inner side of the elbow this is called Golfer’s Elbow or “Medial Epicondylitis”. The symptoms consist of pain at the epicondyle which worsens with wrist and hand use. The attached muscles are active for almost all upper limb functions, and therefore these diseases can be very painful and limit function greatly. It is possible to get both Tennis and Golfer’s elbow at the same time. Left alone the symptoms from “epicondylitis” will often resolve or become dramatically worse over time. Unfortunately, the timeframe to recovery is often some months, recovery is not universal and may only be partial.

Symptoms may be sufficiently mild as not to require treatment. Simple painkillers and avoiding activities which cause the symptoms to flare may be sufficiently acceptable. Should this be insufficient, an off the shelf elbow strap, or the use of a wrist splint, may limit symptoms. Physiotherapy or occupational therapy is our usual first line treatment for “epicondylitis” and can be of benefit for many patients. If symptoms are more marked and resistant to the above, then other treatments can be considered.

There are a large number of potential treatments for “epicondylitis” which to some extent indicates that there is no perfect treatment.

In people who have had significant “epicondylitis” for over six months and have failed to improve with a properly conducted course of hand physiotherapy, injection of your tendon cells (tenocytes) is an option with a reasonable chance of success.

With the tenocyte injection, under ultrasound guidance, a small amount of tendon is collected from your forearm or knee using a biopsy needle as this site normally recovers quickly. The small amount of tendon is then processed in a laboratory situated on the campus at Murdoch University, and several million tendon cells are grown from your original tendon over 3 to 4 weeks. These grown tendon cells are then injected into the degenerate or torn area of the tendon within your elbow, again under ultrasound guidance. This technique is relatively new, and long term results are uncertain, but medium term results (4.5 years) appear to be good in selected patients. Tenocyte laboratory preparation is relatively expensive.

Surgery for “epicondylitis” involves either repairing the area of torn tendon or releasing the pressure on the tendon. It can be undertaken via a small incision or arthroscopically with similar results. The surgery is usually taken as a day case procedure, but recovery is slow, generally taking 3 to 12 months to recover maximally. Activities will also be restricted significantly over some weeks and to a lesser extent over some months. In particular, it is worth avoiding any activities other than light exercise.