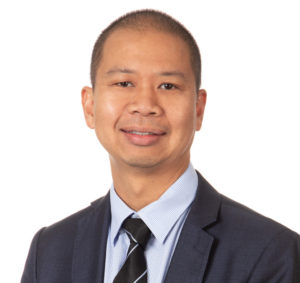 Mr Gerald Lim trained in Perth as an Orthopaedic Surgeon from 2002 to 2005. Having successfully completed his training, he went overseas to pursue further sub-speciality fellowship training from 2006 to 2007. Mr Lim completed two arthroplasty/joint replacement fellowships in Toronto, Canada, at the Mt Sinai Hospital and Toronto Western Hospital. Mr Lim then travelled to St Gallen, Switzerland for further training.

Mr Lim can be contacted through his secretaries Leanne and Cara-Lee at his SJOG Murdoch rooms on 08 6332 6380.